Airfree’s story is really quite unusual. The technology began being developed thanks to the initiative and creativity of a Portuguese businessman in an effort to find an effective way to ease his son’s allergy attacks.

The first prototype Airfree air purifier was developed on the basis of a naturally way of using heat to destroy airborne allergens. After successful testing at the INETI microbiological laboratory in Portugal, the idea of large-scale production of the devices began to take shape, so that more families worldwide could be able to enjoy the benefits of a simple, effective concept.

In 2004, after a few adjustments had been made to improve electronics and capacity, Airfree was born, marked by the launch of its P air purifier range, attractive and modern in design. A ground-breaking brand was on its way to conquering world markets.

Since then, Airfree has continued to grow, manufacturing a variety of models of air purifiers in Portugal, intended for use not only in the home but also geared towards trade and industry. Currently, 90 % of production is directly exported to more then 60 countries across Europe, the Americas, Asia and the Middle East. 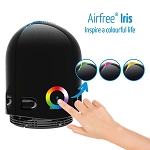 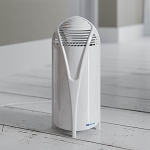 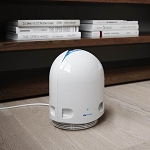 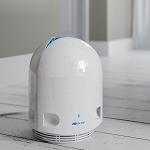 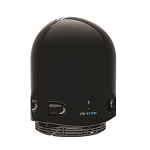