Since the ALS Ice Bucket Campaign of 2014, amyotrophic lateral sclerosis, a.k.a. Lou Gehrig’s disease, has soared in the public consciousness. In observance of ALS Awareness Month, let’s take a look at some products we offer to make the daily living activity of drinking easier for people with ALS or other progressive neuromuscular disorders.

Several symptoms of ALS can make keeping up daily liquid intake difficult. The loss of muscle strength makes it hard to pick up glasses, which is often remedied by using straws or special adaptive cups. Swallowing is often another problem associated with ALS, according to the Mayo Clinic. The progression of muscle weakness can affect the swallowing muscles in the mouth and throat, leading to problems like aspiration and phlegm build-up.

Let’s take a look at some special drinking cups we offer called Independence Cups. As the name suggests, these cups provide the opportunity for greater independence through their variety of interchangeable cups and lids. Read on to find out which cup and lid combination is ideal for your situation, whether you have ALS or another muscle-weakening condition

There are four types of Independence Cups:

1) The Tumbler, which has no handles

2) The cup with one loop handle

3) The cup with two loop handles

4) The mug with one long, open handle

Combine one of the above cups with a special lid 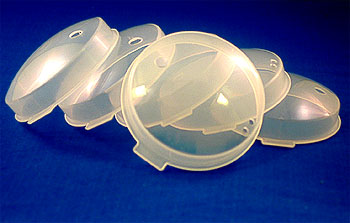 There are also a variety of dynamic lids to cater you needs. The Independence Anti-Splash Lid features a recessed lid and two points from which to drink. One side has a large hole for quick liquid flow. The other side has two small holes for slower liquid intake. Managing the speed of liquid can help prevent aspiration or problems when being fed by a caregiver. 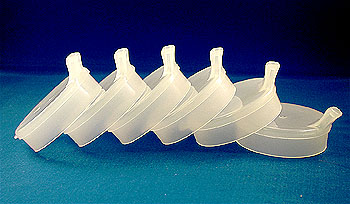 The Independence Spout Lid has a contoured spout to precisely direct liquid to the mouth for those with less muscle control or for those who require feeding. By placing your finger over the vent hole you can easily control the speed of liquid flow.

Control flow with the push of a button 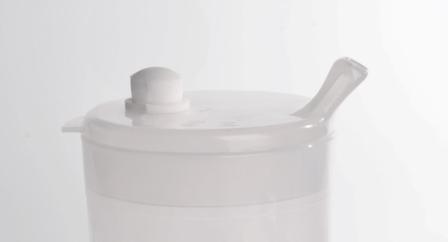 The Independence Vacuum Lid is much like the spout lid but facilitates advanced liquid intake control. By pushing the rubber button on top you can release only a small amount of liquid. The flow of liquid also stops when the user quits drawing. 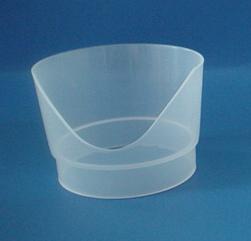 For people with weakness in the neck that makes it difficult to angle the head when drinking, the Independence Nosey Lid’s extra space allows the user to keep their head in one position while tilting the cup.

We hope these product descriptions help you decide which adaptive cup is appropriate for you and lead to a more convenient drinking experience.

If you found this information useful, let your friends know on Facebook!