We have reachers for many occasions and uses

From the dawn of civilization, sticks have been one of the most beloved tools of mankind. As Teddy Roosevelt used to say, "Speak softly and carry a big stick."

While we discourage violent force, we must admit sticks are useful for doing just about anything, including reaching objects and gaining leverage. Using one of our reachers are a little like having a good stick but with added state-of-the-art technology.

Use reachers a variety of ways

Reachers are used by people with limited range of motion, people in wheelchairs and, well, anyone else who needs to reach things in an easier manner and wants to make life much more convenient. They are used to grab things, put on clothes or blankets, and push elevator buttons, among many other creative uses.

The Helping Hand Tru-Grip Max Reacher is a new and very useful reacher we have introduced in our store. Its soft contours and ridges are made to mimic the way fingers and thumps pick things up. The jaws of the reacher rotate and lock at 90 degrees, and the trigger features a button that locks the jaw in place so you don't have to hold the trigger while lifting. 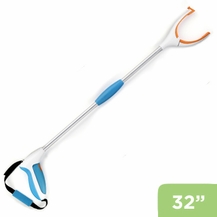 We also sell Juvo Reachers, which are especially ergonomic and feature soft rubber grabbing claws that will allow you to pick up small and fragile items. The comfortable handle has a button for locking the jaws in place.

There is also a second handle in the middle that allows you to lift with both hands. Plus, there is a rubberized rhino hook on the end that works as a dressing aid to put on shirts and coats.

Travel with a reacher 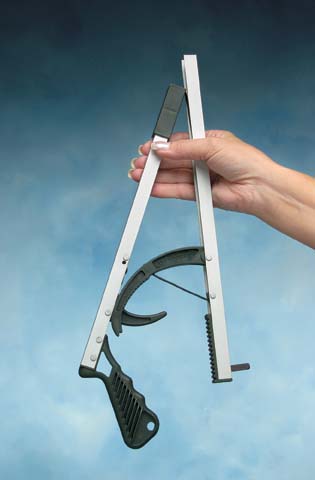 There's a reacher for every occasion. The Folding 26 inch Economy Reacher is perfect for traveling. It is made to grip variously sized objects and has a handle to lock the jaw in place. It fits easily into suitcases and bags. 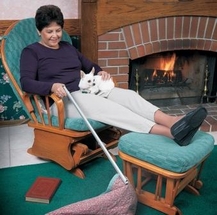 The FeatherLite Reacher Standard 26 inch is made to be especially lightweight and is designed to require minimal force on the handle. 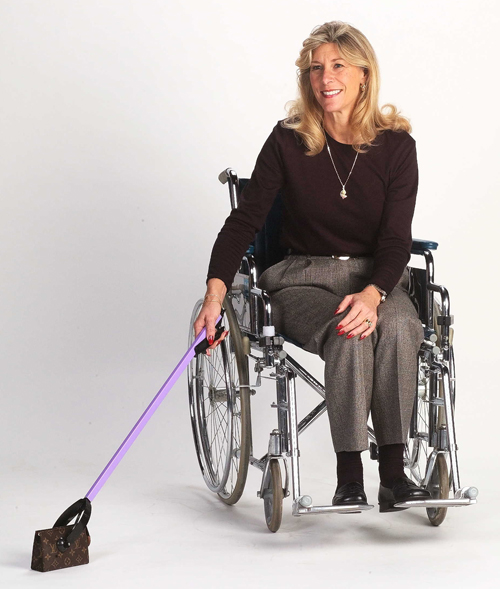 Are you looking for something fashionable that will go with your wardrobe or wheelchair when out and about? Rainbow Reachers are light duty reachers that come in red, blue, yellow, teal, purple or black. They are great for pressing elevator buttons or picking up lightweight items at home or the office.

Making life more practical is what we're all about here at The Wright Stuff. Buy any one of our reachers to make your daily life more convenient. 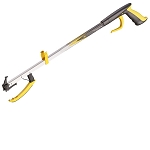 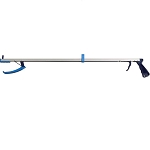